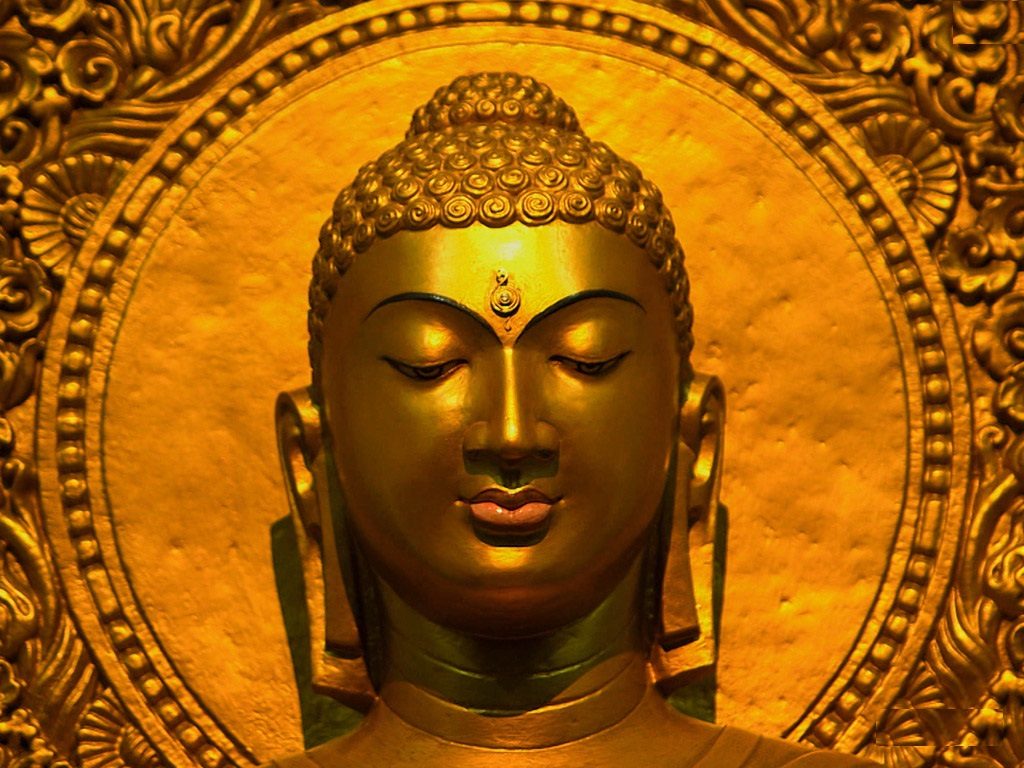 A Passion for Life!, Embrace Your Own Beauty, Inspiration

from invading marauders some 300 hundred years ago in Thailand.  With the enemy army fast approaching the monks of the monastery worked feverishly to disguise their beloved Buddha, knowing that a rough-hewn clay statue would not be considered a great prize to the invaders.  And so they were right, though sadly, none of them lived to tell the tale.  That would be left for historians to piece together in 1957.

It was then that the clay Buddha was scheduled to be moved to a new location.  As a giant crane was hoisting it, the statue– much heavier than expected – began to crack. Quickly the head monk called for it to be lowered back down to safety.  The workers and monks were perplexed by the problem, but when it began to rain, the decision was made to cover the statue and begin again the next day, this time with a heavier crane.  With no more to be done, the workers left and the monks went to sleep.

It rained throughout the night and the head monk, worried about further damage to the Buddha, went out with a flashlight to check on it. Making his way through the mud, he lifted the tarp and focused his beam of light on the statue and, to his surprise, he saw a glint of gold in one of the fissures.  Astonished, he ran to inform his fellow monks, shouting at them to bring hammers and chisels out to the statue.

By morning the clay statue was no more and in its place sat the gleaming Golden Buddha that had been hidden from view for hundreds of years. 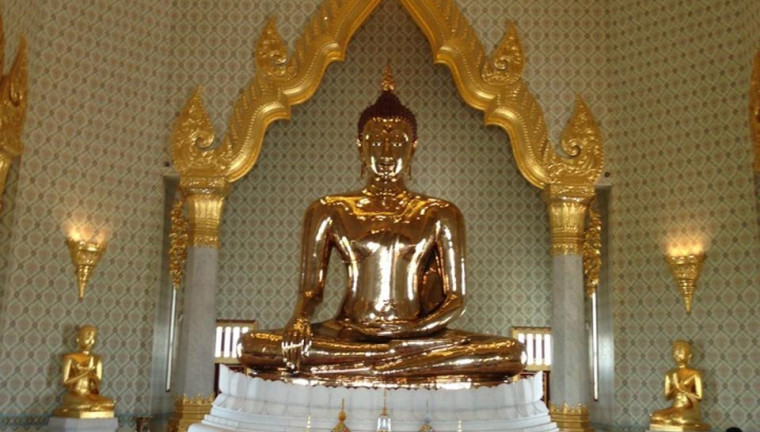 There are two things I love about this story.  The first thing is that for hundreds of years, none of the subsequent monks had any idea that there was gold beneath the clay, yet they revered their rough-hewn Buddha all the same. They saw the statue for what it really was – a symbol of love, peace, beauty and hope.  They had no need to see the gold to know its worth.

The second is that I think we are all born as Golden Buddhas, but we get covered in layers of fear and shame, self-loathing and doubt and we forget who we really are.  Or, we may recognize our innate worth, but we find that others can’t see past the clay.  Precious are the ones who do.  Hold onto them; their hearts are true.

You can go visit the Golden Buddha today.  It’s enshrined in the Wat Traimit Temple in Bangkok, Thailand.  It is considered to be a priceless treasure by all who worship there and by the thousands of visitors who come to marvel at the Golden Buddha each year. 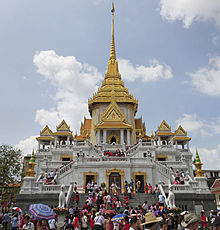 But even if you don’t make it to Thailand for a visit, I hope you’ll actually think often of the monks who saw the true worth of their clay Buddha for all those hundreds of years.  Embrace your own beauty and worth like that – and remember that you are pure gold.