Want To Be Inspired, Moved and Touched? 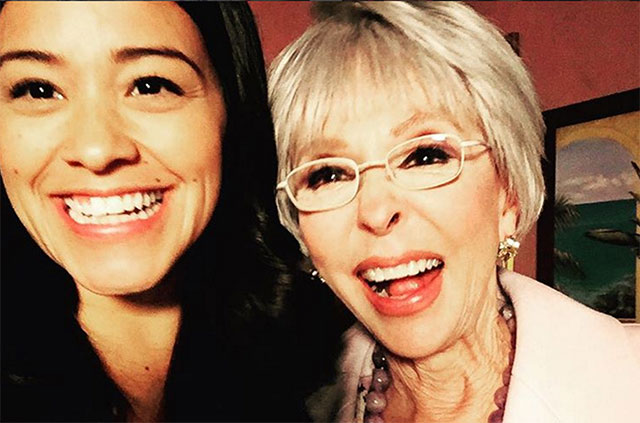 A Passion for Life!, Embrace Your Own Beauty, Inner Strength, Inspiration

Want To Be Inspired, Moved and Touched?

Did you watch the Kennedy Center Honors last night? The annual award show lifts up lifetime achievement in the field of performing arts. Always attended by the President and First Lady, the honor is among the highest anyone can receive in the country.  Among the legends honored were Rita Moreno, Cicely Tyson and Carole King.  A running theme in the spoken tributes was about the importance of seeing people who look like you represented in the arts.  We here at theStitch.com applaud the honorees and their trailblazing work.  We hope that the fashion industry, and the media in general, will follow suit by showcasing models that represent more of us.

Gina Rodriguez (star of Jane the Virgin) started the evening with a moving tribute to Puerto Rican star Rita Moreno.  As a young girl, she saw no one on television that looked like her and assumed that Puerto Ricans must not have existed yet.  Looking up to the balcony where the honorees were seated she addressed Rita Moreno directly.  “You gave me hope, a reason to fight and speak up. When you followed your dreams, you gave me the allowance to follow mine.” Similarly, Rosie Perez expressed her thanks to Moreno.  “Te amo mucho (I love you so much) because without you, there would be no me.”

Tyler Perry lauded 90-year-old legend Cicely Tyson by saying, “Cicely Tyson chose to empower us when we didn’t even know it was possible for us to be empowered. For six decades, she has been diligent in her pursuit to better us all.” How to Get Away with Murder star and Emmy winner Viola Davis, along with Scandal star Kerry Washington, also spoke of the impact that actress Cicely Tyson had on them.

The highlight of the evening was given by another trailblazing performer and Kennedy Honoree, Aretha Franklin.  She brought the house down with her rendition of Carole King’s song “You Make Me Feel Like a Natural Woman.”

It’s so important to see yourself reflected in the media.  When you see the diversity of humanity reflected back to you, it has the power to change your life!  Let us empower each other by embracing our own beauty and sharing our selfies with the world!