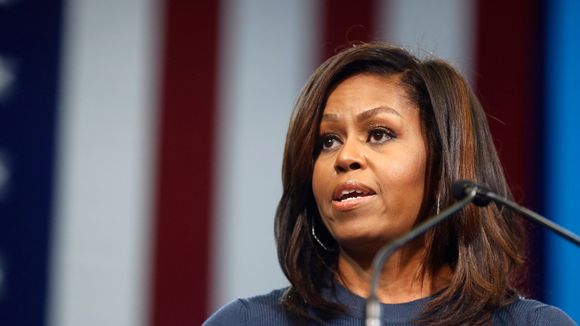 Attitude - Stitch This!, Embrace Your Own Beauty, Empowered by theStitch.com[unity], Inspiration

What do you get when combine grace and dignity with intelligence, strength and compassion?  You get Michelle Obama.  She is a shero – which is the female version of the word hero!

This past week #FLOTUS gave a speech that transcended politics, obliterating what divides us to stand up for what should unite us – most especially the treatment of women and girls.

“”This isn’t about politics. It’s about basic human decency. It’s about right and wrong … Now is the time for all of us to stand up and say ‘enough is enough.’ This has got to stop right now,” she said.

She continued, “”The shameful comments about our bodies, the disrespect of our ambitions and intellect, the belief that you can do anything you want to a woman — it is cruel, it’s frightening, and the truth is — it hurts.”

Mrs. Obama has been at the forefront of standing up for women’s rights and girl’s empowerment here and around the world.  She believes that how girls are valued and how they value themselves are key components to their success and well-being.

She and the president started the #LetGirlsLearn movement which seeks to educate the 62 million girls around the world who are being denied an education.

Last year she spoke at a summit called “The Power of an Educated Girl” and told 1,000 girls the following:

“Young women must teach others that they’re worthy, but “first and foremost we have to believe it to be true for ourselves,” she said.  “I learned that when I was young. I’m worthy. And if I’m worthy, so are you.”

These are just a few of the reasons why theStitch calls Michelle Obama an American Shero.  She understands the importance of embracing your own beauty and believing that you are worthy…because you are.