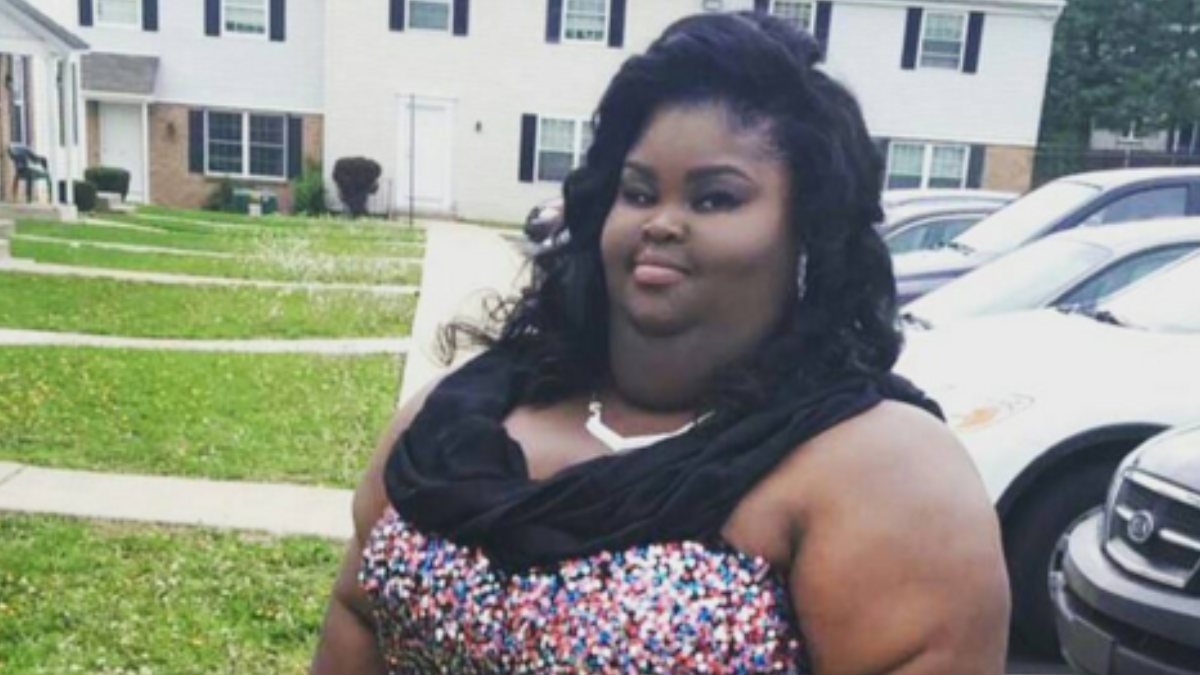 Tayja Jones Banks had her Cinderella moment last week when she attended her junior prom.  Sparkling from head to toe in a beautiful dress – and with perfect hair and make-up too – she couldn’t wait to attend this milestone event in her life.

The whole family got involved in the excitement, setting up celebratory balloons outside the house and taking lots of photos and videos of the beaming teen and her friends.

It ended up being a fabulous night!  Before going to sleep, Tayja posted a prom pic of herself saying that she’d enjoyed herself and that she was happy.

The next day, friends contacted her to say that her photo had gone viral – and not in a good way.  Haters had reposted her pic along with negative comments about her weight, in effect, saying that a girl her size should never have gone to prom.  Tayja was devastated.

“It was just really hurtful because I was so confident the day before, and it just changed my view of myself,” she said.

When she posted that she wished she’d never attended the prom she triggered a wave of supportive comments from around the world including one from Grammy Award winning artist Kelly Rowland who wrote: “Tayja Jones you are beautiful and fabulous doll!”

One young artist even painted a picture of her and sent it to her.

In a subsequent TV interview her mother shared that Tayja was so depressed and sad that she didn’t want to leave the house.   It is still unclear whether or not she’ll attend next year’s prom.

Tayja herself said that she’s struggling to believe in herself again — but the positive comments are starting to make a difference. She put out a message to others who are dealing with cyberbullying:

“You’re not the only person. You should know who you are inside, and the outside shouldn’t affect the inner you. Just stay strong,” she said.

Tayja, theStitch.com[unity] stands with you as you embrace your own beauty (#EYOB) and share that message of confidence with the world.  Please go to prom next year.  You are beautiful inside and out!