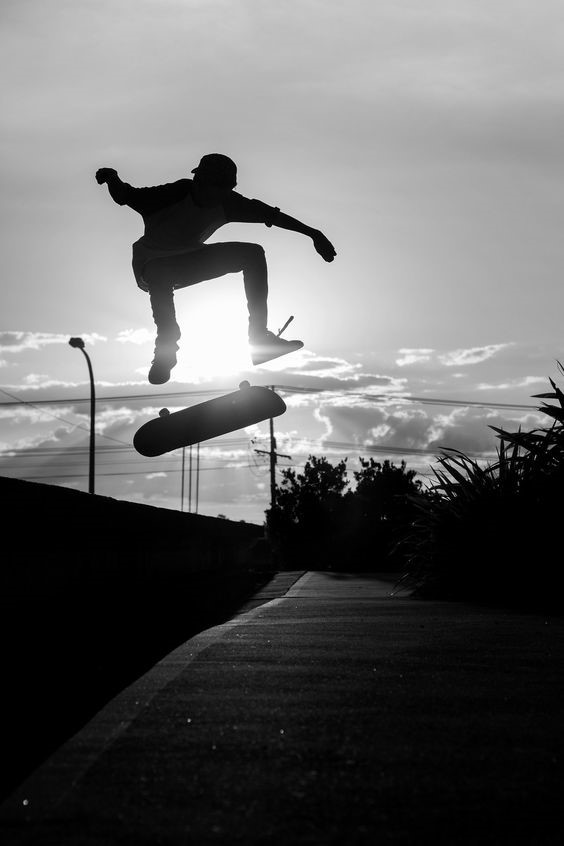 A Passion for Life!, Attitude - Stitch This!, Embrace Your Own Beauty, Inner Strength

I’m reminded today of the power of forward momentum.  Son number two is a skateboarder.  The other day I was watching him prepare for a jump and I realized that he was slowly but steadily building up speed in order to achieve his objective. He pushed off with his left foot and then he continued pushing against the pavement with ever increasing speed until he had gained enough momentum to hurl himself into the air for an amazing jump. Heart-pounding mom fears aside, he was a sight to behold. He was euphoric.

Have you ever had that experience, say while riding a bike? – which is more my speed. You’re moving along and picking up speed and things suddenly it feels like you’re flying?  That’s forward momentum.  You’ve got energy and focus on your side and you are moving forward.

Now take that same process and apply it to a goal.  You’ve got your energy and mental focus on what it is you want and then you’re applying steps towards that goal to build momentum.  It’s such a great feeling. It’s seriously the best natural high.  You are humming…..on your way…picking up speed…..and then wham!!!

Life happens.  An obstacle falls in your way and you weren’t prepared for it.  In fact, that same obstacle did such a number on your psyche that you just about fell over and were sidelined right there and then.  You’ve got no wind in your sails and that energy you were harnessing a few seconds ago….is nowhere to be found.

It sucks.  Now your own brain is doing a number on you.  All those doubts and reasons that had you procrastinating before you started, are right back in your head, trying to take root.  Little bastards.  They have you doubting why you ever thought you could accomplish your goal in the first place.  They are the enemy of accomplishment and self-worth.

Shove right past the little bastards.

Everyone gets broadsided from time to time when it comes to goals and putting everything you have into achieving them.  It generally happens once you’re invested and are giving it everything you have. Taking a nose dive when you’ve been in forward-go mode is going to hurt, but here is the good news:

Love this quote!  It’s so spot on and represents the real truth. Because now you KNOW!  You’ve gained some insight that you didn’t have before.  You’re not a newbie any longer.  Now you’ve gained experience, which will provide you with some foresight for the next try.  There is strength in wisdom.

Now all you need is the desire to believe that your goal is worth another shot!  That alone should get you moving. You didn’t come all this way to give up now. Now is the time to take that desire and visualize what it will mean to you to get where you want to be!  (Look out!! You’re already picking up speed!)

Forward momentum is a very real thing.  It requires both a belief and a desire to not stay where you are.  It begs to fight against the killer of dreams…which is procrastination, where doubts take hold and wreak havoc with your internal belief system.

Now is the time to shove passed everything that’s threatening to take you down and take action.  Little steps can make a big impact. They build forward momentum.  Keep pushing against the pavement as you ride your metaphorical skateboard toward your own big jump. With each step forward you will find yourself gaining confidence.  Each step in the right direction feels so good.  This is where you were meant to be.  Moving forward. Building speed. Your eye on the prize.  Hold the belief in your heart that you are worth it and that your goal is attainable and this can happen.